At LITERARY HUB, you’ll find “‘You Don’t Know Anything.’ And Other Writing Advice from Toni Morrison.” It’s a collection of writing advice Morrison gave throughout the years. And there are some doozies. For example:

“As a writer, a failure is just information. It’s something that I’ve done wrong in writing, or is inaccurate or unclear. I recognize failure—which is important; some people don’t—and fix it, because it is data, it is information, knowledge of what does not work. That’s rewriting and editing.”

About writers who complain about the process: “I just tell them: You have to do this, I don’t want to hear whining about how it’s so difficult. Oh, I don’t tolerate any of that because most of the people who’ve ever written are under enormous duress, myself being one them. So whining about how they can’t get it is ridiculous.”

Denis Johnson’s Last Line: “And you, you ridiculous people, you expect me to help you.” 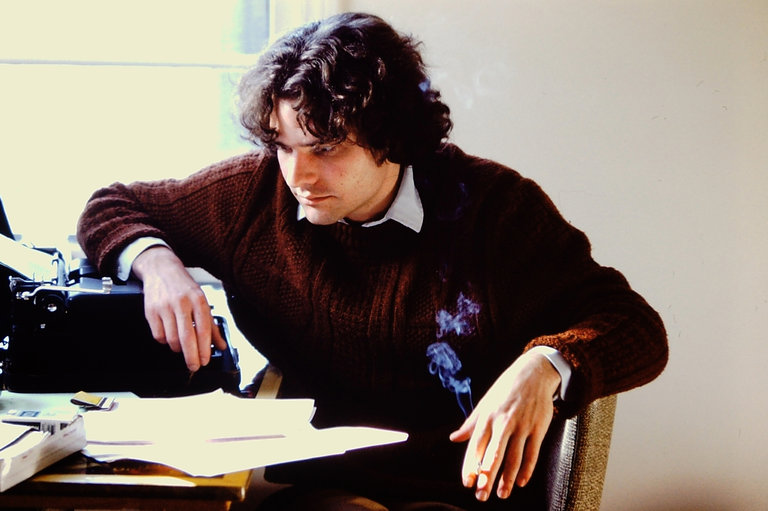 “There’s nothing wrong with me”—I’m surprised I let those words out.
But it’s always been my tendency to lie to doctors, as if good health consisted only of the ability to fool them.
Some years later, one time when I was admitted to the detox at Seattle General Hospital, I took the same tack.
“Are you hearing unusual sounds or voices?” the doctor asked.
“Help us, oh God, it hurts,” the boxes of cotton screamed.
“Not exactly,” I said.
“Not exactly,” he said. “Now what does that mean?”
“I’m not ready to go into all that,” I said. A yellow bird fluttered close to my face, and my muscles grabbed. Now I was flopping like a fish.

from “Car Crash While Hitchhiking”

I first heard of Denis Johnson in 1985 when a co-worker told me her sister had dated him. He was a poet she said. This was in Jacksonville, Florida, a million miles away from the world of Denis Johnson. A few years later in graduate school, Padgett Powell had us read Johnson’s first novel, Angels. It was a gritty underbelly kind of story, like glimpsing into a bus station and seeing someone with tinfoil on his head. Later, I tuned into his other novels, such as Fiskadora, which the New York Times described as “the sort of book that a young Herman Melville might have written had he lived today and studied such disparate works as the Bible, ‘The Wasteland,’ Fahrenheit 451, and Dog Soldiers, screened Star Wars and Apocalypse Now several times, dropped a lot of acid and listened to hours of Jimi Hendrix and the Rolling Stones.” And then, way after the fact, I read what most would call his masterwork, a short story collection called Jesus’ Son. I’ve read it multiple times since. Anyone who has not read Denis Johnson should start with Jesus’ Son. A blurb on the paperback gives us a clue to what special magic is going on here: “Reading these stories is like reading ticker tape from the subconscious.”

The opening story that starts the collection is a kind of storytelling you probably haven’t experienced before. Jeffrey Eugenides describes it as a story where plot matters less than the “brokenness” of the narrator’s voice, “where the personal brushes up against the eternal.” Johnson, in his youth, had been a heroin addict, and if you combine the spiritual emptiness of a druggie with a gifted poet, a  storyteller who studied under Raymond Carver and was inspired by Isaac Babel’s The Red Calvary, and an artist with a clear unabashed honesty and the courage to go where few would ever admit to going, let alone describe, you get that first story in Jesus’ Son, “Car Crash While Hitchhiking.”

Denis Johnson, who, from all accounts, enjoyed people but shunned them like he did the booze and drugs that nearly killed him, lived in the woods in upstate Idaho with his wife. According to Deborah Treisman, The New Yorker fiction editor, Johnson had a shed by a lake on his property where he would sometimes work. Treisman writes, the lake “provided a metaphor for how he thought about his sentences, which he polished, sometimes for years, until he felt he had got them right. ‘There’s a surface tension to the words,’ he told me. ‘It is an illusion, and you can poke at it once, and then after that you’re just poking the ripples.’” Lawrence Wright said Johnson described writing a novel to him this way: “You get in your teacup and take your oar and strike off for Australia,” he said, “and if you wind up in Japan, you’re ecstatic.” Wright uncovered three writing rules Johnson told students:

-Write naked. That means to write what you would never say.
-Write in blood. As if ink is so precious you can’t waste it.
-Write in exile, as if you are never going to get home again, and you have to  call back every detail.

And once written, how did Johnson take the reviews? “A bad review is like one of those worms in the Amazon that swims up your penis. If you read it, you can’t get it out, somehow.”

A lot of people loved the writing of Denis Johnson. And a lot of writers who marveled at his words will no doubt be reading them again in the coming days. Johnson was 67 years old when he died earlier this week from cancer.

One Sentence from Salinger

I came across this line by J.D. Salinger and thought it was a line from a poem:

She wasn’t doing a thing that I could see, except standing there leaning on the balcony railing, holding the universe together.

It’s not a line from a poem. It’s from a short story, “A Girl I Knew.” The story is about a girl a young man knew. The girl later became a Nazi victim. The man returns to her apartment after the war, and realizes everything has change.

Somehow, I don’t care what the story is about. The line is enough.

Here are other beautiful lines to ponder.

John Ashbury’s essay, “The Heavy Bear: On Delmore Schwartz,” explores Delmore Schwartz’s life and poems and mentions his most famous short story (read above, oddly, by Lou Reed), “In Dreams Begin Responsibilities.” Ashbury writes of the story, here “the poet himself moves backward in time, dreaming he is in a movie theatre watching a silent film of his parents’ courtship at Coney Island years before. At a crucial moment, “I stood up in the theatre and shouted: ‘Don’t do it. It’s not too late to change your minds, both of you. Nothing good will come of it, only remorse, hatred, scandal, and two children whose characters are monstrous.’ ”

Writer + Agent = To Kill a Mockingbird

Jonathan Mahler’s New York Times‘ article, “The Invisible Hand Behind Harper Lee’s ‘To Kill a Mockingbird,'” offers a glimpse into the interdependent process of creating a masterpiece.

“In the spring of 1957,” Mahler writes, “a 31-year-old aspiring novelist named Harper Lee — everyone called her Nelle — delivered the manuscript for “Go Set a Watchman” to her agent [Tay Hohoff] [but] the manuscript was by no means fit for publication. It was [. . .] ‘more a series of anecdotes than a fully conceived novel.’ During the next couple of years, she led Ms. Lee from one draft to the next until the book finally achieved its finished form and was retitled ‘To Kill a Mockingbird.’”

And for kicks, check out this wonderful interview with Harper Lee. 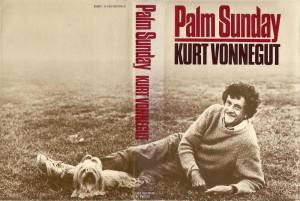 ” . . . novelists are not only unusually depressed, by and large, but have, on the average, about the same IQs as the cosmetics consultants at Bloomingdale’s department store. Our power is patience. We have discovered that writing allows even a stupid person to seem halfway intelligent, if only that person will write the same thought over and over again, improving it just a little bit each time. It is a lot like inflating a blimp with a bicycle pump. Anybody can do it. All it takes is time.”

Posted in Fiction, The Writing Process

Observations on First Lines and Voice in Fiction 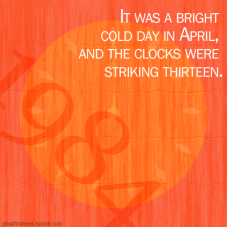 The opening lines of a novel matter (there are lists, after all, for such things, the “Best First Lines from Novels“). Point of view is set. Characters are introduced. Voice is established. And maybe more, as Gabriel Garcia Marquez notes:

So what happens when writers cast out those first lines? Where do the words come from? What is the writer looking for? And how does he or she know when they’ve found it? Below are author insights culled mostly from The Paris Review interviews.

John Steinbeck: I suffer as always from the fear of putting down the first line. It is amazing the terrors, the magics, the prayers, the straitening shyness that assail one. It is as though the words were not only indelible but that they spread out like dye in water and color everything around them. A strange and mystic business, writing.

Edna O’Brien: I always have the first line. Even with my very first book, The Country Girls, I went around with this first sentence in my head long before I sat down to write it.

Joseph Heller: My novels begin in a strange way. I don’t begin with a theme or even a character. I begin with a first sentence that is independent of any conscious preparation. Most often nothing comes out of it: a sentence will come to mind that doesn’t lead to a second sentence. Sometimes it will lead to thirty sentences which then come to a dead end.

I was alone on the deck. As I sat there worrying and wondering what to do, one of those first lines suddenly came to mind: “In the office in which I work, there are four people of whom I am afraid. Each of these four people is afraid of five people.” Immediately, the lines presented a whole explosion of possibilities and choices—characters (working in a corporation), a tone, a mood of anxiety, or insecurity. In that first hour (before someone came along and asked me to go to the beach), I knew the beginning, the ending, most of the middle . . .

INTERVIEWER
Was it the same process of “receiving” a first line with Catch-22?

HELLER
Just about. I was lying in bed in my four-room apartment on the West Side when suddenly this line came to me: “It was love at first sight. The first time he saw the chaplain, Someone fell madly in love with him.” I didn’t have the name Yossarian. The chaplain wasn’t necessarily an army chaplain—he could have been a prison chaplain. But as soon as the opening sentence was available, the book began to evolve clearly in my mind—even most of the particulars . . . the tone, the form, many of the characters, including some I eventually couldn’t use. All of this took place within an hour and a half.

Joan Didion: What’s so hard about that first sentence is that you’re stuck with it. Everything else is going to flow out of that sentence. And by the time you’ve laid down the first two sentences, your options are all gone.

END_OF_DOCUMENT_TOKEN_TO_BE_REPLACED

Writing That Matters
Create a free website or blog at WordPress.com.